The first thing I will say about doing 24 hours in Berlin is don’t. You need at least 48 if not 72 hours to get a good feel for the city. I landed via Ryanair at Berlin-Schönefeld and easily found my way to the train station which would take me to Alexanderplatz where I was staying at the Park Inn by Radisson. It was my first time to the city and i wanted to be as central as I could.

The hotel was about 1 minute’s walk from the train station and the hotel itself is not easy to miss as it towers over everything at more than 35 floors tall. I checked into my room on the 23rd floor and then went to get some dinner as it was now touching 8pm. There was a mini Oktoberfest happening on the plaza right outside the hotel so I took a wander through there – people were in great spirits! 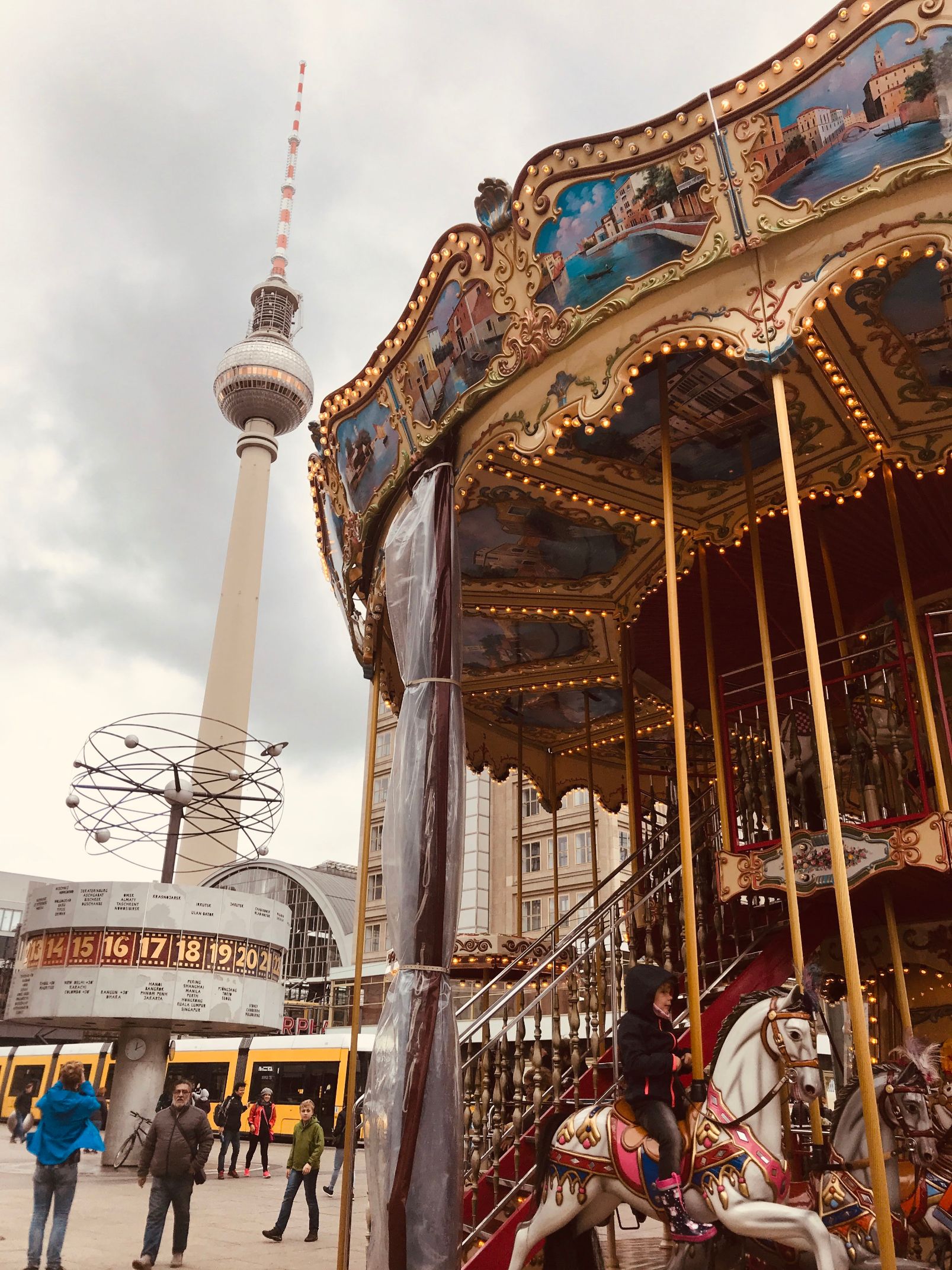 High above the city

Anyone who’s ever been to Berlin will know that there are many things that symbolise it from its very obvious history to its architecture. One of the buildings that dominates the skyline is the Fernsehturm (TV Tower) – the tallest freestanding building in Europe that is open to the public – towering 368 metres above the city. I had originally planned to do this on the following day but realised it was open until midnight so I thought a night view over Berlin would be equally as beautiful. I had purchased the Berlin Welcome Card online the previous day at home which gives you free public transport and also discounts at key attractions and I used this to gain discounted admission to the tower. It was 9pm at this point and there were no queues.

Within 40 seconds the elevator had brought us the 203rd floor and Bar 203. Another floor or two higher is the revolving restaurant but a reservation is needed for this. The bar was bustling with runners who earlier that day had completed the Berlin marathon and were having some well deserved downtime. It was less than €5 for a beer so I had a bottle of Berliner Kindl whilst admiring the fabulous views from the tower over the city (up to 42km on a clear day apparently!) and chatting to some other visitors at the bar including some Americans and French. The tower still operates as a TV antenna broadcasting up to 60 tv and radio stations from it. The red and white mast itself towers 118 metres above the viewing area.

The following morning it was wet and windy. The plan had been to do the Berlin Sightseeing Tour by bus and maybe do one of the hop on – hop off stops but the weather put an end to that. I got seated right at the front of the upstairs which was a great idea until I realised that there were no windscreen wipers and the windows were mostly covered in raindrops and condensation. Nonetheless the tour was good and brought us to all the main spots around the city so I got a good feel for the place and made note of where I wanted to go back to later on myself. The essentials on the tour of course included sections of the Berlin Wall and Checkpoint Charlie.

Thankfully the weather cleared up in the afternoon and made conditions favourable for walking. One of the locations that had been on my list all along was the Brandenburg Gate – a former symbol of division – now a symbol of peace and unity. I took the bus (route 100) from outside the hotel directly down the street to the Brandenburg and was there in around 10 minutes.

As could have been expected, the place was pretty busy with tourists – even on a random Monday at the end of September! It was really cool to see it up close though.

Within a few minutes walk is the Reichstag – the German parliament – with the biggest flag I’ve ever seen in person flying proudly outside! Tours are available inside which includes the huge 360 dome offering great views of the city.

I took a quick break for a Coke in the nearby cafe. Then I walked back through the park towards the Brandenburg Gate. I decided to walk back to the hotel as there was plenty to see on the way.

The Berliner Dom (Berlin Cathedral) was also on this route and provided a nice photo opportunity. This 1800s building which contains an organ with 7000 pipes! It, like many buildings in the city, stands in the shadow of the TV tower. It was great to be able to get the two buildings into one photo!

History on every corner

Next it was on the DDR Museum giving an insight into life in the former east Germany (German Democratic Republic). It provides a real history of everyday life in the DDR and the realities of life under Socialism. There’s lots to do and explore here.

Time was beginning to tick on and the tummy was beginning to rumble. I was meeting a friend from home for dinner who has been living in Berlin for 10 years now. Even though it’s a bit touristy, we had a really nice dinner at Blockhouse which was really busy and I would recommend a reservation. From there we rounded off the evening with some IPAs at the nearby Lemke Brewery and Restaurant.

Read about my trip earlier this year to Cologne here